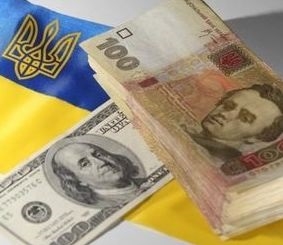 Political processes in Ukraine are accompanied by new ideas of economic development of the country. Hints at the possibility of a default and the IMF refusal from cooperation to form a new government adversely affect the hryvnia.

With the beginning of the week the hryvnia exchange rate dipped against the dollar from 26.33 to 26.7 UAH/$.

the Main factors in the rise in the us dollar were:

the Growth of demand for currency from importers that the month-end close calculations.

Speculative game "on increase" on the background of the adherence of foreign currency by the appellants.

the Demand of exchangers, where the population is on the threshold of vacations actively buying foreign currency. However, in the event of a further growth rate may start panic buying the currency, especially against the background of talk about the default.

the national Bank sold $ 10 million at the rate of 26,69 UAH/$, which confirms the willingness to continue to support the exchange rate stable.

Experts had expected a decline rate closer to the fall, in the period of debt repayment on loans and bonds. According to the Chairman of the Board of the national Bank. Danylyshyn, these factors will affect the currency market before the end of the year.

In may-December, Ukraine has to repay $ 3.5 billion of external debt and 2.8 billion dollars in government bonds in foreign currency. Peak will be in may and September, when you will need to pay for $1.7 billion.

In the period may-July for foreign bonds will have to pay $ 1.7 billion. Thus the exchange rate will push short-term government bonds in local currency that non-residents bought in February-April.

As of may 13, investments of non-residents in short-term t-bills increased compared to the beginning of the year 6.5 times to UAH 39.2 billion or 1.5 in dollar terms. Most of the funds received from redemption of government bonds in national currency in July-September, will be translated to the currency and displayed abroad - said. Danylyshyn.

Add a comment to news item: Political factors put pressure on the hryvnia

Add a comment to news item:
Political factors put pressure on the hryvnia