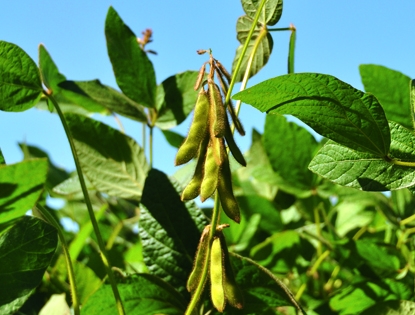 rain in the Midwest has reduced the stress of soybeans and corn by the drought, putting pressure on prices.

Traders worried about the delayed development of the crops, so the weather in the following weeks will be decisive for the harvest. Cold or freezing can damage the weak plants and slow down the development of crops that were planted after the optimum sowing time.

According to USDA, as of 19 August in good or excellent condition are 56% corn, which is 1% lower than the level last week, 12% - average 5-year average. The number of crops soybeans in good or excellent condition dropped 1% to 53%, which is 13% below the average 5-year average. Pods formed by 68% of crops compared with 85% on average for 5 years at that date.

The rainfall data, last weekend, with Monday prices for soybeans and corn in Chicago began to decline, but after the publication of the report USDA the condition of crops, recovered to the level of Friday. December futures on corn, traded on 148,4 $/t for November soybeans – for 320,18 $/t

the Approach of harvest pressure on the corn market buyers and lower prices of demand. South Korea's MFG has purchased 69 tonnes of maize at a price of 199 $/t CFR, which is in the $2-3/MT lower than a week ago acquired party.

In Ukraine corn prices at the port fell to $150/ton and for soybean – up to 320-325 $/t for deliveries in September-October. Low demand and falling market prices puts pressure on purchase prices, so in the near future they will remain at the same level.

Add a comment to news item: Improving weather in the US puts pressure on corn and soybean prices

Add a comment to news item:
Improving weather in the US puts pressure on corn and soybean prices