Weather conditions will determine the fate of future crops 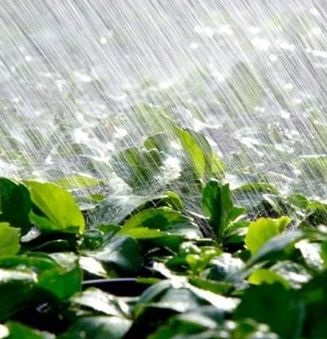 the Participants of the grain market are closely monitored weather conditions in the countries hosting the harvest and sowing work.

U.S. weather helps to harvest corn and soybeans and planting winter wheat. Slight precipitation in the "corn belt" at the end of the week will slow the harvest, but next week warm and dry weather will resume work.

Low temperature and precipitation in the southern plains contribute to the sowing of winter wheat, so the pace of planting ahead of average.

because of the cold weather with frost, rainfall and snow in some places in Canada that slows down collection, the growing risks to crops of spring wheat and canola.

In the Central regions of Brazil after a favorable precipitation began early sowing of soybeans, which will in January begin collecting soybean and restore sales of soybeans of the new crop. Promised this week rains will further accelerate the pace of sowing. Due to the growing demand for soybeans from China, Brazilian farmers will increase the acreage under oilseeds.

Dry weather in the black sea region contributes to the harvest of late crops, but in southern regions of Russia there is a strong deficit of soil moisture. Warm and dry weather that changed the rainfall in Siberia, will accelerate the harvest, particularly of spring wheat.

Precipitation that entered Ukraine had a favourable effect on the crops and replenish moisture reserves before sowing winter wheat. Warm and dry weather next week will be to promote the collection of corn and soybean and sowing of winter crops.

In Australia dry and cold weather with frosts may reduce the yield of wheat. Little precipitation next week will not be able to recover the crop losses.

In European countries in the regions of cultivation of winter wheat and rapeseed reigns drought that increases the anxiety of traders the fate of the next harvest.

Add a comment to news item: Weather conditions will determine the fate of future crops

Add a comment to news item:
Weather conditions will determine the fate of future crops