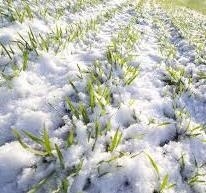 Next week in the U.S. will be dominated by cold weather with strong winds. Powerful snowfall in the Midwest will complicate the transportation of grain, however, will protect winter crops from frost.

In the Southern Plains will also be cold weather with little snow, but frost should not damage the crops.

the lack of rainfall in Brazil continues to reduce yield potential of soybean in major States producing. However, dry weather after heavy autumn rains has increased the speed of harvesting early planted soybeans.

little precipitation in regions of soybean production, which will be held this week, will not be able to improve soybean yields, however, will contribute to the planting of corn Zafrina. In the state of Rio Grande do Sul are expected to be powerful storms that can cause flooding and stop the collection.

In Argentina precipitation contribute to obtaining a good harvest of soybeans and corn, which compensates producers for the losses caused by last year's drought. Next week, precipitation in the Central regions will increase, which can lead to excess moisture of soils.

In Europe and the black sea region continued snowfall, which will protect your winter crops from frost, however, delay the transport of grain to ports.

In China, mild weather with no significant frost promotes the overwintering of winter crops.

In Eastern Australia there is a severe drought with temperatures up to 50C, which last month nearly destroyed the crops of sorghum. Next week will be a few showers, but the heat does not recede, especially in the South-Eastern regions.

the Rains in Pakistan and North India will increase the soil moisture reserves that will contribute to the development of winter wheat and oilseed rape.

In the South Africa heat reduces the yield potential of corn. Next week will be a minor storm, but for good development of maize and sugar cane required lower temperatures and additional precipitation.