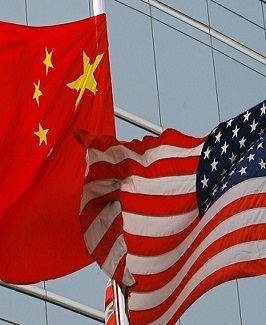 Following the accusations of China in the concealment of data on the distribution Covid-19 from the President and Vice-President of the United States, the White House adviser on homeland security, Robert o'brien compared the China's response to the outbreak Covid-19 with the reaction of the USSR for the Chernobyl accident. In both cases, attempts to hide a problem is not allowed effectively to resist.

the US Secretary of state Mike Pompeo said that China needs to allocate to fight coronaviruses $ 9 trillion, since its current efforts are too small in comparison with the price paid by the whole world. In the United States, the disease has claimed the lives of 97 thousand people and more than 36 million people lost their jobs.

in addition, the FBI has said about the attempt of China to illegally obtain information about research coronovirus who carried out the U.S. the organization. But in China believe that some politicians in the US ignoring the facts unnecessarily escalate the situation, returning to the era of the Cold war, from which both sides suffer.

the July soybean futures on Friday fell to a month low against the backdrop of worsening relations with China, even though data about the purchase of Chinese state-owned company of 250 thousand tons of soybeans from the United States.

Yesterday, the U.S. said it will impose additional sanctions against China if he could help Hong Kong's high degree of autonomy. The United States also is concerned about the intention of China to legalize its intelligence agencies in Hong Kong.

prices of Brazilian soybeans due to active exports and the strengthening of the real rose to 344-345 $/t FOB Brazil, while U.S. soybeans fell to 330 $/t FOB US Gulf.

the Actual volume of purchases by China of corn from the USA is significantly inferior in certain commercial transactions, and further escalation of tension does not allow hope for the intensification of sales on the background of increase of forecasts of the new harvest.

Add a comment to news item: The deterioration of relations between the United States and China puts pressure on prices for soybeans and corn

Add a comment to news item:
The deterioration of relations between the United States and China puts pressure on prices for soybeans and corn