The main news of world markets of grain 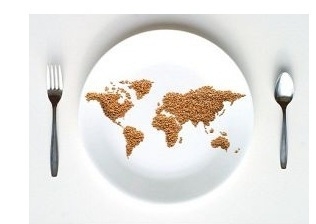 In the Northern hemisphere continued harvesting. Farmers of the United States and the black sea countries record good grain yield. However, the uncertainty with the amount and quality of French wheat is supported by the European markets. Now everyone is waiting for the issuance of a new USDA report, which may change the production and consumption of grain.

the European Commission has reduced the estimate of the gross wheat harvest to 144.6 million tone, although a month ago it predicted at the level of 145,1 million. Last year wheat harvest made up of 151.6 million. In comparison with the previous season, the yield in Ukraine in Russia will grow by 5-10 centners/ha. Now everybody expects the evaluation of the quality of wheat. If the share of wheat is high, prices will remain within 142-145 $/tones until September, when we will result of the harvest in other countries.

Estimation of gross yield of barley for France is reduced simultaneously with the fall of the natural weight of the grain is below 630 g/l. In Ukraine, the price of barley fell to around 125 to 130 $/t on conditions CPT-port.

the Price of crude oil at around 47-48 $/ton and predictions regarding the reduction of rapeseed production in the EU has helped to keep the price of canola from the fall. She stopped at 370-380 $/tonne, although a week ago the rape was trading at 400-410 $/ton. Forecast rapeseed production in EU countries reduced to 20.8 million tons against last month's forecast at 22 million tons. Seed oil content is reduced, however, it does not support prices due to the fall in the value of palm and soybean oil.

on Friday, the us corn market has gone up, mainly through increased buying caused satisfactory to the consumer price level. First reacted to the Chicago. Remain concerns for the harvest of corn and soybeans due to potential high temperatures in the corn belt of the United States in conjunction with the dry weather. The Agency Conab has lowered the forecast of the second Brazilian corn crop on 7 million tons to 43.05 million.

Add a comment to news item: The main news of world markets of grain

Add a comment to news item:
The main news of world markets of grain