Precipitation in the U.S. will last another week 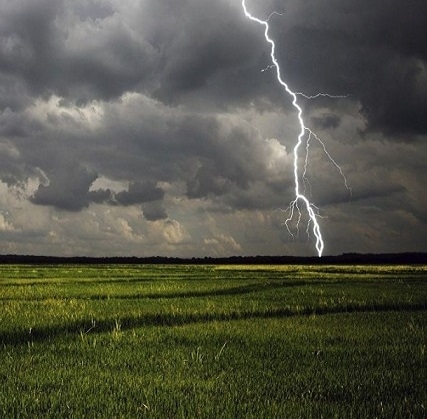 the Main driver of rising prices on the world markets remains delayed sowing of soybeans and corn in the United States.

within the next 5-7 days in the corn belt of the United States will continue precipitation that prevents planting, whereas in the Southern Plains rains will interfere with the harvesting of winter wheat and degrade its quality.

a few showers in the Northwest Midwest will speed up sowing of soybeans and corn, but in the Eastern and southern parts of the North will stop after a powerful rain. In the States of Illinois, Michigan, Indiana, Ohio, are major producers of soybeans and corn in the United States, as of June 3, the corn planted, only 31-45% of the area, and soy 17-21%, compared with the average 5-year performance 87-98% and 76-84%, respectively.

In the South-West of the Gulf of Mexico formed a powerful cyclone, which will move in the direction of the North-East coast of Mexico and Southeast Texas and Louisiana and will bring heavy precipitation in the next 1-3 days.

In the Northern Plains 3-4 more days remain weather with above average temperatures and little precipitation, which will speed up North and will contribute to the development of crops of spring wheat and oats, after which there will again precipitation.

In the Central and southern Plains, thunderstorms lead to the development of diseases of winter wheat, worsening its quality, and delaying sowing of spring crops. In the South-Eastern United States 3-4 days of dry weather will remain, which will replace the rains.

In Canada reigns surprisingly dry weather, which contributed to the rapid sowing, although they raised concerns regarding the amount of soil moisture. At the end of the week in Northern and Central Alberta, the North and the South-East of Saskatchewan and Manitoba will be a good precipitation, which will contribute to the development of crops.

In the South, East and West of Ukraine, South Russia were precipitation, which reduce plant stress from drought, but in the next 10-14 days to come back dry and hot weather.

In the North of Kazakhstan and South Siberia, with mild temperatures with little rainfall the next decade will contribute to the development of spring wheat crops.

Add a comment to news item: Precipitation in the U.S. will last another week

Add a comment to news item:
Precipitation in the U.S. will last another week