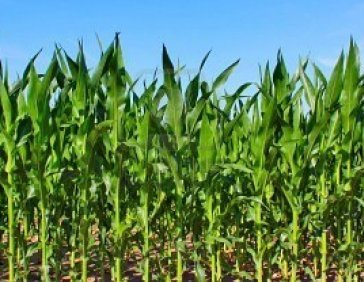 growing regions of soybean and corn in the United States have established favorable weather conditions: air temperature slightly below normal precipitation and periodic powerful. This weather will contribute to filling corn and soybeans, and also will create preconditions faces for sowing winter wheat.

Precipitation in Argentina and Brazil will increase the acreage under soybean and corn. Céleres experts believe that, due to increased demand from China for Brazil in the new season will increase the acreage under soybean 3.1% to 36.2 million hectares under maize by 7% to 5.8 million ha. Sowing soybean and corn in the country starting in September.

In the Canadian prairies reigns heat with minimal rainfall, which leads to early maturation of the crop and cause plant stress, using the yield of wheat and canola may decrease.

Drought in Eastern Australia will substantially reduce the yield of wheat, while conditions in the West and South of the country more favourable. In the South-Eastern regions next week will be precipitation, which will improve the condition of crops, but in areas that are more likely to suffer from the heat, no rain forecast.

In China to establish a favorable for developing crops conditions with normal temperatures and occasional rainfall.

In Ukraine in the near future there will be thunderstorms which will weaken the heat that was installed in recent weeks and improve the condition of the crops, which were sown 30% of the area. In Russia, dry weather helps harvest in Siberia, the Volga region and the Urals, where, because of the lack of rainfall recorded lower yields.

Add a comment to news item: Precipitation in the United States and South America will contribute to a good harvest of corn and soybeans

Add a comment to news item:
Precipitation in the United States and South America will contribute to a good harvest of corn and soybeans