Review of markets for grains and oilseeds for may 19 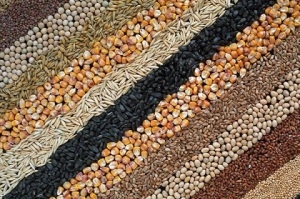 the Recovery of shipments in the local markets and strengthening export demand has supported prices on the global exchanges of grain, despite the prospects for good harvests in the Northern hemisphere. However, traders are closely monitoring the condition of crops, as too wet weather may trigger the development of various diseases.

the Temperature in Brazil continues at a level significantly above the average for the season, so probably the second corn crop (Safrinha) is below.

the Market of rapeseed is still getting support from growth of prices of soybeans in Chicago to $ 400/ton and gradually rise in price of crude oil, which is now seeking to test the resistance level of $50/barrel.

Soy in South America continues to maintain a high level of prices of about $ 420/ton. The soybean crop in Argentina is still not satisfactory, so the demand on the world markets is quite noticeable.

Over the countries of the black sea region since the start of the current month established weather conditions that are favorable for the vegetative development of plants, both winter and spring crops. In most parts of Ukraine, southern Russia, the Volga region and the Urals the amount of precipitation exceeded the average rate for the region. It is expected that due to this precipitation, the harvest of winter and spring crops will increase.

Add a comment to news item: Review of markets for grains and oilseeds for may 19

Add a comment to news item:
Review of markets for grains and oilseeds for may 19