Review of markets for grain crops on 30 may 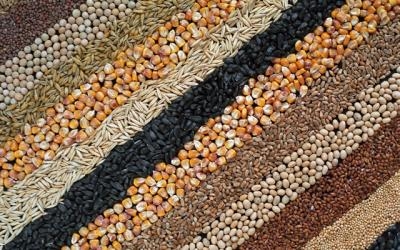 Today markets in USA are not working on the occasion of memorial Day, and on Friday because of the approaching holiday activity also was not observed.

the Downpour rains that fell in large parts of Western Europe, especially in France, concern about the deterioration of the quality of grain. If this weather will last for some time, significantly decrease the yield of grain crops. The Agency FranceAgrimer said in its weekly report praised the "good and excellent crops of wheat at 83 % of the area, whereas a week ago the figure was 86 %. But among the crops of barley rated "good and excellent" received 84 % of the area, whereas last week in this condition were 83 % of crops.

According to FranceAgrimer 95% completed planting corn. A week ago, corn was sown 90% of the planned areas, and last year on the same date – 99 %. Too many rain delays sowing campaign.

Slightly changed the prices of rapeseed, canola and soy. In Canada are precipitation, with the result that the canola crop is delayed and carried out only 86% of the planned areas.

the Difficult situation in Argentina supported the soybean market, at that time, as corn grows on the back of the recovery of exports and the decrease in supply from Brazil, due to too dry weather, which adversely affects the volume of the second harvest that had already begun to collect.

grain traders in Ukraine fell for the necessity of the suspension of grain terminals for preventative maintenance before approaching the new season. Last week there was a fall in the price of wheat and barley, however, soy and corn showed a moderate growth due to the need of implementation of existing agreements.

Add a comment to news item: Review of markets for grain crops on 30 may

Add a comment to news item:
Review of markets for grain crops on 30 may