The promise of China to buy more U.S. soybeans and corn have supported prices 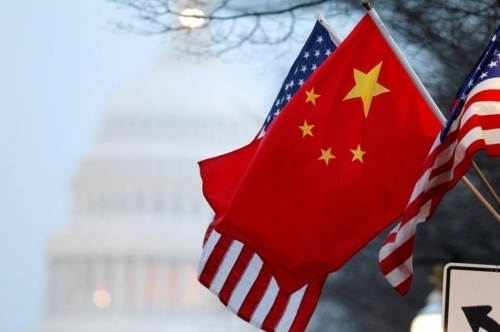 the Government of China plans to offer Washington to increase the import of agricultural products from the United States $30 billion a year within a possible trade agreement, which is discussed by representatives of the two countries, said the Agency Bloomberg citing informed sources.

According to sources, the proposal to increase purchases soya-beans, maize and wheat can be included in the Memorandum.

Besides, the talks are planned to discuss the abolition of anti-dumping duties on dry bard, a byproduct of ethanol production from corn, which is used as forage, sources say.

Chinese Authorities have repeatedly proposed to increase purchases of American agricultural products and energy resources to reduce its surplus in foreign trade with the United States. After the announcement of the freezing of the higher fees last December, the country resumed imports from the States a number of products, including soy beans, previously suspended because of the escalating trade conflict.

In 2017, China imported from the US products of the agricultural sector in the amount of $24.2 billion, and 60% of this amount was accounted for by oilseeds. Last year the index fell by a third, to $16 billion due to the imposition by China of applicable duties on import of such products in the amount of 25%.

Washington and Beijing have agreed to increase the mutual duties until 1 March. If countries fail to reach agreement, the President of the United States Donald trump has pledged to increase from 10% to 25% import duties on Chinese goods worth $200 billion a year.

On this news, the price of soybeans and corn in Chicago yesterday rose 1.5% and 1.3%, respectively. The growth on maize was limited to the forecast growth of acreage in the US in the new season from the USDA to 92 million acres, down 2.9 million acres more than last season, when analysts at the level of 91.5 million acres.

Forecast planting soybeans sharply reduced to 85 million acres, compared to 89.2 million acres last year and 86,144 million acres on the average rating and analytical agencies. The decision of China to increase purchases of soybeans and corn next season may affect the final structure of crops and affect rates.

Add a comment to news item: The promise of China to buy more U.S. soybeans and corn have supported prices

Add a comment to news item:
The promise of China to buy more U.S. soybeans and corn have supported prices