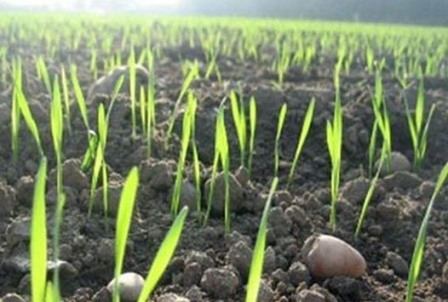 Last weekend in most parts of the country the rain passed which slightly improved the condition of crops.

According to head of the Department of agrometeorology "of the Ukrainian hydrometeorological" T. Adamenko, it is difficult to determine how they will affect the next harvest. If the plants went into a state of ripeness that is recorded in separate regions on 10 June, precipitation will not help.

Good rains in the Odessa region and Cherkasy region. However, in Kyiv, Poltava and Kirovograd rainfall was insufficient to improve the condition of crops.

are More likely to suffer from drought Kiev, Kherson, Zaporozhye, Poltava, Mykolaiv, Cherkasy and Kirovohrad region, where, compared with may estimates may decrease the yield by 10-15%.

Although spring crops have been added to the lack of moisture, drought still adversely affect their future productivity. Even the moisture infiltrated into the soil quickly evaporates due to high temperature, which will be 28-32 degrees.

the Optimum ratio of temperature and humidity observed in the Western regions of Ukraine, in the center and East there is a lack of moisture.

Precipitation was vital to later crops, which was first too cold and then dry. The root system of early crops is more developed, allowing them to obtain moisture from deeper soil layers. Late crops suffer more from drought.

According to the forecasts of meteorologists, June 21 in the Western and Northern regions intermittent rain and lower temperatures, which will have a positive impact on the crops. In the South-Eastern regions rains are likely on June 24.