National Bank to stop the fall of dollar at the level of 27.8 UAH/$ 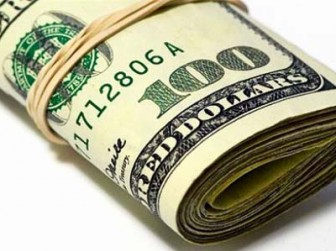 Yesterday, the national Bank prevented the further decline of the dollar, which in the last days of January dropped 2.8%.

the Hryvnia strengthened due to the significant volume of proposals against the background of restrained demand from buyers who are waiting for the lowest rate.

the national Bank took advantage of the situation and during the week through a request to the "best rate" and the foreclosure auction 154 million $. And yesterday even held two auctions. The first at 11:00 for $ 30 million, and an hour later the second at $100 million.

After purchase by national Bank of excess currency further decline of the dollar occurred.

the reasons for the increase of sentences is highly situational.

the Placement by the Ministry of Finance of government securities increased due to the increase in the NBU discount rate yields, some of which acquired the residents for funds received from the sale of currency.

Falling cash rate has increased the sale of foreign currency by banks that redeem it from the population.

To participate in the tender for the purchase of 4G frequencies the mobile operators have implemented the currency to replenish the available term resources to the level necessary to tender payment.

In early February, demand for foreign currency will increase, as subsidiaries of foreign companies will enter the interbank market with the repatriation of dividends and importers of energy resources will need funds for transactions. The volume can be quite modest.

Therefore, the national Bank will have quick response on the race course as he now buys the excess currency.

Add a comment to news item: National Bank to stop the fall of dollar at the level of 27.8 UAH/$

Add a comment to news item:
National Bank to stop the fall of dollar at the level of 27.8 UAH/$