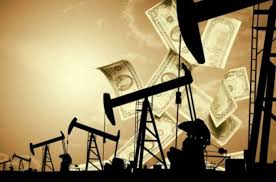 Reaction to the events that swept the globe, is to strengthen last week, the major commodity markets.

the Most influential was the Harvey hurricane that swept the Gulf coast in Texas and brought huge losses.

Particularly affected the city Houston which is the fourth largest city in the United States. There for four days fell almost trlon gallons of rainfall, which is approximately equal to the volume of water that passes Niagara falls over 15 days.

Since Texas is a world leader in the production and processing of energy resources, the closure of the regional energy companies have significantly impacted the entire energy market. Closed refinery, whose share in the manufacturing capacity of the United States is 25%. Temporary inaction of the ports stopped the export and import of goods. The pipelines through which diesel and gasoline were delivered to the refining center in new York city blocked due to stop feed with the Gulf coast.

As a result, the price of gasoline and petroleum products in the U.S., and brent crude rose to 53,3 $/barrel.

After the aggravation of the situation with North Korea, gold has crossed the mark of 1300 $/ounce, which resulted in a rise in prices of other precious metals, the market of which showed a total since January, growth for the month.

in addition to technical purchases, caused by soaring prices, the market doubt support of Washington to extend the debt limit and tax reforms, and geopolitical tensions.

the Dollar against a basket of 10 major currencies fell to the lowest in 2.5 years level.

Prices for soybean oil rose after prices of oil and biodiesel by 1.7% to 785 $/t

Add a comment to news item: Oil becomes more expensive due to the devastating effects of hurricane Harvey

Add a comment to news item:
Oil becomes more expensive due to the devastating effects of hurricane Harvey