The oversupply of wheat increases the requirements for quality 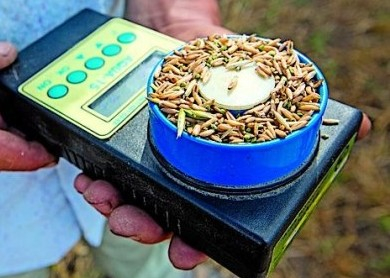 After increasing the forecast for global wheat production to 742 million tons prices during the month have fallen by 10-15%, so now traders are paying considerable attention to quality of grain, especially in Russia and France, which increased its production of wheat.

the State Agency FranceAgrimer on Wednesday updated its report on the qualitative indices of wheat of the new harvest.

the Number of soft wheat of the new crop with natural weight 76-80 kg/HL increased during the week from 67 to 69%.

a number of soft wheat with a falling number according to Hagberg above 240 sec increased from 83 to 84%.

In the US, spring wheat, collected 75% of the area. Yield and gross yield are significantly behind the latest forecasts of the USDA, the quality was also worse than expected, but the protein content is 13% and above.

Experts expect that today, statistics Canada will reduce the wheat crop forecast to 26.2 million tonnes, which is 5.52 million tonnes less than in 2016 and 0.3 million tons less than the August USDA forecast. First of all, correction will affect quality of spring wheat.

Through precipitation during harvest in Germany, the production forecast is reduced to 24.34 million tonnes, there is a decline of quality indicators, in particular specific weight.

In Ukraine, according to experts, the share of milling wheat is around 60-65%, however officially these data have not been confirmed.

Add a comment to news item: The oversupply of wheat increases the requirements for quality

Add a comment to news item:
The oversupply of wheat increases the requirements for quality