Against the backdrop of increasing demand, prices for soybean futures in Chicago continue to rise 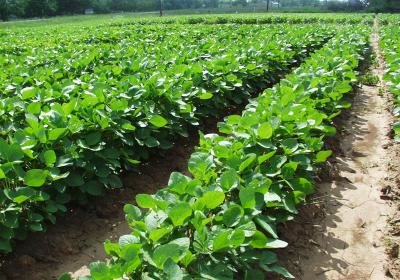 due To the introduction of import duties from China lower prices for U.S. soybeans to the level of$305/MT helped to attract the attention of many buyers.

Argentina is also actively increasing its imports of soybeans from the United States for the purpose of loading its own facilities for the processing and execution of contracts for the supply of soy oil and meal. Recall that the drought soybean production in Argentina declined in 2017/18 MG, 50%.

soybean Futures in Chicago this week rose 2.3% to 318$/ton, supported the prices of canola and rapeseed.

due to lower volume of purchases of U.S. soybeans, China continues to increase imports from Brazil.

According to Oil World, in the period 1 to 15 July last year, soybean exports from Brazil amounted to 5.3 million tons compared to 3.4 million tonnes over the same period in 2016.

According to the forecast, shipments of soybeans from the country by the end of this month may be about 10.9 million tons. If this figure is reached, it will be a record for July and significantly higher than the same period last year which amounted to 6.9 million tons.

Add a comment to news item: Against the backdrop of increasing demand, prices for soybean futures in Chicago continue to rise

Add a comment to news item:
Against the backdrop of increasing demand, prices for soybean futures in Chicago continue to rise