In the grain market, the greatest demand is for corn and soy 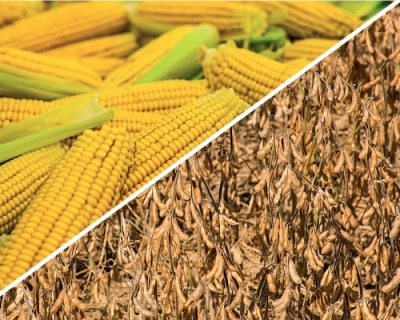 the Demand for U.S. corn supports stable prices in Chicago. The market expects the release of the next USDA report (June 30) in which the reduced area under American corn.

In Brazil, recorded a too low temperature that will adversely affect the corn crop. In most parts of the corn belt of the USA and Russia is expected to hot and dry weather. This may lead to the restriction of traders sales of future crops, as agro-climatic conditions are beginning to affect prices. The price of newly harvested corn in Ukraine on the supply conditions CPT-port in October is 175 $/ton in December to 178 $/ton.

Continues to rise soy. On the Chicago stock exchange, the price tested the level of 12 $/bushel or 440 $/tonne, however, in the end of the session, retreated due to fixation of profit by investors.

Analysts expect that the next USDA report, which will be released June 30, the amount of area under soybean will increase at the expense of corn acreage.

Ukrainian corn is a scarce commodity on the world market. In may, the volume of shipments has decreased significantly and amounted to 0.68 million tons from 1.88 million tons in April. This will lead to the decline of activity at domestic ports in the coming weeks. Prices on conditions CPT-port are soaring, corn already paying 185 $/ton, soy – 400-410 $/ton.

Number of the areas under soybeans and corn in Ukraine remained at last year's level, so the volume of harvest will depend on weather conditions in July and August. It is expected that hot and dry weather will dominate the South-West of Russia and East of Ukraine.

Add a comment to news item: In the grain market, the greatest demand is for corn and soy

Add a comment to news item:
In the grain market, the greatest demand is for corn and soy