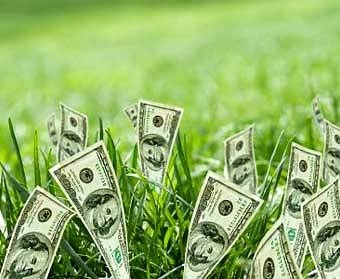 In one of the provisions of the Memorandum on cooperation between Ukraine and the IMF says that before the end of 2016, the Parliament should approve a law that will regulate the turnover of agricultural land.

Head of the IMF mission in Ukraine Ron van Ore said that the moratorium on selling agricultural land, which is now in effect, makes it impossible to fully develop the agricultural sector and land use in the form of a Deposit to obtain credit.

"it is Therefore very important for Ukraine to move forward on land reform and to submit to the Parliament new draft laws which will allow to sell the land," - said the IMF representative.

Moratorium on sale of agricultural land was introduced in 2002 and since then has been extended several times and should end January 1, 2017.

However, as in the two previous programmes of cooperation with the IMF, Ukraine has managed to get only the first two tranches, after which due to political crisis and change of government, the allocation of funds was suspended. In April 2016, the negotiations with the IMF was rebuilt by the new head of government. Groysman. However, the decision on the granting of the third tranche of 1 billion $ was made only in mid-September. Within the EFF program, Ukraine plans to the end of the year to obtain from the IMF $ 1.3 billion $ loans.

Add a comment to news item: The IMF demands before the end of the year to adopt a law on land

Add a comment to news item:
The IMF demands before the end of the year to adopt a law on land