While the IMF will require Ukraine land reform 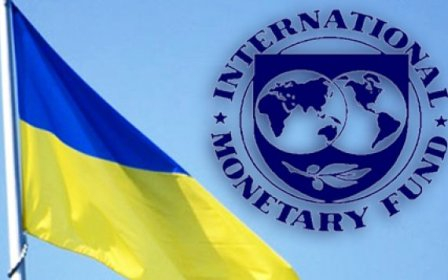 "the loan Program may be the fourth time revised by the Board of Directors of the IMF, once implemented appropriate reforms, the main of which are pension, anti-corruption and privatization", - said Thursday at the IMF at a briefing in Washington.

in addition, there should be continued reform of the fiscal service and the energy industry.

Land reform, although considered an important condition of the program, however, may be postponed until the end of the year.

In March 2015, the IMF opened a four-year EFF program of assistance to Ukraine by the volume of 16.75 billion $, which included the provision of the first tranche of 5 billion $ and quarterly revision of the program.

the Second tranche of 1.7 billion dollars Ukraine has received a slight delay, then for a long time the funding was frozen because of the political crisis and change of government.

the Government, in April 2016, resumed negotiations with the IMF, but the next tranche of 1 billion $ was received only in September, and the fourth in April 2017.

According to the approved by the Board of Directors schedule hits, until the end of 2017, the program should check three times: in may, August and November. Subject to the fulfilment by the government of Ukraine of the requirements of the Fund for the fourth review may be granted funding in the amount of 1,907 billion $, and then twice more at 1.28 billion $. In General, this will amount to 4.46 billion dollars.

the Minister of Finance of Ukraine Viktor Danilyuk reported that the fall of the IMF will decide the fate of the next tranche under the EFF.

Add a comment to news item: While the IMF will require Ukraine land reform

Add a comment to news item:
While the IMF will require Ukraine land reform