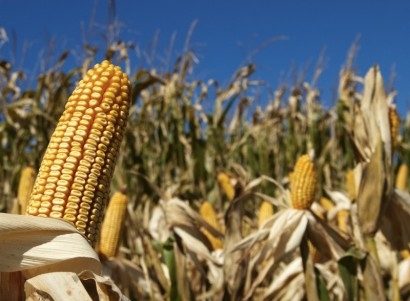 New information from USDA concerning the production, consumption and stocks of corn on a global scale predicts new records.

Thus, the total gross harvest of maize will grow to the numbers 1028,4 million tons, whereas the previous value was 17.7 million tonnes less compared to July and 68.7 million tonnes less than the previous season.
Forecast of production increased for the United States, Argentina, India, Mexico. For Canada, Spain, France and some other EU countries, the USDA lowered its forecasts.
Experts note that such data exceed all expectations.

To improve the situation of the culture influenced and Argentina, which increased in acreage at the expense of other types of grain. Numerous precipitation and favorable weather contributed to the good harvest in India . In Canada the opposite situation – drought in antario, and therefore a low yield.

According to the forecast of world consumption of corn increased mainly due to the US, where consumption is forecast to record levels 313,1 million tonnes, also increased consumption for Mexico. India and the European Union.

Indonesia on the global indicators has influenced the decrease in consumption due to the import restrictions from the state.

Data world trade in maize increased to 137,3 million tons, 3.9 million tons above the July forecast. The index increased mainly due to the US (3.2 million), Argentina (in million).

the export Forecast for Ukraine and Brazil remained at 17 million values.tone and 22 million tons tons, respectively.