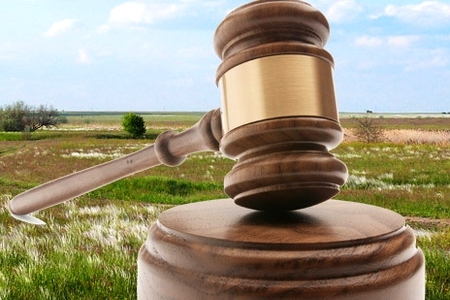 the land Market, in the framework developed by the Ministry of agrarian policy model launch is planned in two phases with the ban on participation by foreigners.

First Deputy Minister of agrarian policy N. Martyniuk said that "at the initial stage within two years will be offered for sale to 1 million hectares of the state land Fund. Such lands are most interested in investors because, unlike shares, is a single array. A certain number of land transactions will allow us to understand the prices in different regions of the country, and at the time of introduction of the second stage to determine the minimum acceptable price of the land."

a similar scheme For the sale of land will be conducted through online auctions, which will ensure equal access for a large number of buyers.

Derzeitiger based on the latest technology of information security of the blockchain has already created all the necessary e-tendering structure, tested it and is ready to transfer to the balance office will be determined by the Cabinet.

In the second phase it is planned to open the land market for private individuals. Knowing the price points, they will be able to implement their plots to private investors or the state, with the help of specialized structures will be the backup to happen to the shareholders, which will be a pressure or a forced sale.

At one stage a market participation will not be accepted by foreigners or legal entities, although it will narrow the circle of buyers and slightly constrain the price. However, there will be lack of protection of domestic interests.

Experience of Eastern European countries and Baltic States shows that during the first three years the price of land increases by 25%, and then from 4 to 11 year – 8-10%. In addition, the introduction of a free land market increases the efficiency of economic activities and the increase in the average yield of crops in the first two years an average of 30%.

In the end, according to N. Martyniuk, farmers will be given incentives to purchase land in the property and, as a consequence, an increase in credit opportunities. Agricultural holdings did not win but not lose, because the money that they are now neosploit using cheap land, will be used to purchase part of the land Bank. The state is already in the first phase will profit from the introduction of a land market in 7-8 billion.

Add a comment to news item: The Ministry plans to launch the land market gradually and without the participation of foreigners

Add a comment to news item:
The Ministry plans to launch the land market gradually and without the participation of foreigners