Corn in China fell after the government support program 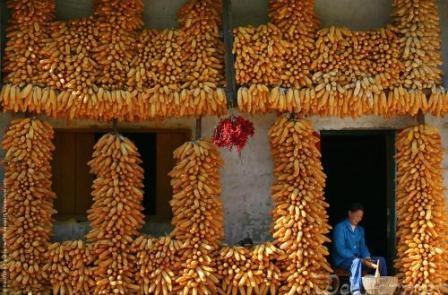 In the North of China is actively collecting corn. This year, the government stopped purchasing grain to the state Fund at above-market prices, because the program will support the production of maize completed. This has led to a drop in corn prices.

to Abandon the purchase of maize in the state Fund, it was decided in accordance with the strategy to reduce corn production and increase production of more profitable crops, particularly soybeans.

Changing government policy in respect of maize has led to uncertainty in the markets this year. Most traders decided to wait and see how the market will adjust the price. Grain import has almost ceased and there were even rumors about a possible export of the grain which the state sold from the state reserve.

the Absence of demand for corn from China and a record grain harvest in the USA has led to falling prices on the Chicago stock exchange to 137,39 $/ton. On the MATIF corn is trading at 164,75 Euro/ton or 184,27 $/ton.

the Price of Ukrainian corn continues to grow due to the shortage of supply with the supply port, and is now on the basis of CPT-port 152-154 $/ton or 4550-4680 UAH/t. Prices at elevators in the beginning of the week fell, but yesterday it recovered to the level of 4150-4300 UAH/t, which corresponds to the end of last week.

Add a comment to news item: Corn in China fell after the government support program

Add a comment to news item:
Corn in China fell after the government support program