Who benefits from abolition of VAT reimbursement during export of soybeans and canola? 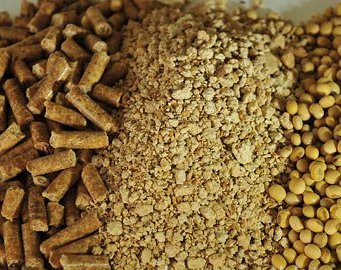 the Verkhovna Rada decided to cancel since March 1, 2018, the VAT refund on exports of soy, rape and sunflower.

During the vote for changes to the Tax code such a proposal was made by V. sydorchuk (people's front), and it caused a stormy debate among the parliamentarians.

This decision will support their own processors, which today can process 20 million tonnes of the oilseed per year, and the actual process only 15 million tons. In Ukraine for recycling is 98% of sunflower, 20-25% of soybean and 10% of rapeseed.

However, a sharp reduction of export of oil will lead to lower purchase prices and a significant reduction in production.

Almost all canola exported to the EU for biodiesel production. Subsidize the production and consumption of biodiesel was included in the purchase price of rapeseed in Ukraine.

Perhaps the decision to increase of rapeseed processing in Ukraine had to be tied to a higher rate of use of biodiesel, which would boost the consumption of rapeseed oil. Now sell it on world markets is very difficult because of the increasing production of palm oil, which is 20% cheaper than sunflower and rapeseed.

increased in recent years, the soybean processing in Ukraine, producers of the meal was a problem for its implementation. It is now imperative to provide programs to stimulate the production and export of meat.

For reference, in 2017/18 MG soybean production in the U.S. will amount to 120 million tons, of which the processing goes to 53 million tons and export 61 million tons, the Main buyer of U.S. soybeans is China, which increases the production and consumption of meat, therefore, increasing production of the meal.

Traders in Ukraine have already stopped the purchase of soybean for the hryvnia, and some have lowered procurement prices for soybeans.

Add a comment to news item: Who benefits from abolition of VAT reimbursement during export of soybeans and canola?

Add a comment to news item:
Who benefits from abolition of VAT reimbursement during export of soybeans and canola?