China returned to an export market of corn 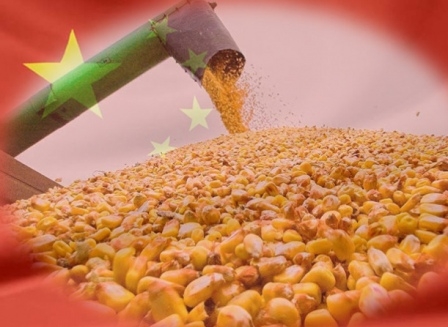 it Seems that to reduce government stocks of corn China is ready to resume its exports for the first time after a 10-year hiatus.

In September, the Chinese government gave permission to export 2 million tons of corn two public companies, including COFCO Corporation. In October, the country abandoned the program of accumulation of state reserves of corn and fixed prices, its purchases from farmers. Now the stocks of corn in the country is estimated at 150-240 million tons, 200 million tons will be harvested in 2016.

the Price of Chinese corn in the $30/ton higher than the world average level, which puts into question the prospects for exports. However, the government incurs significant costs of keeping such large stocks.

Experts believe that in case of export of Chinese corn in world prices will be under strong pressure. It will be very beneficial to Japan, which imports corn for feed production and food consumption.

China has certain logistical advantages. Cargo from the United States go to Japan for about a month, whereas the path from China will not exceed 2-3 days. A small Chinese vessel carrying up to 3 thousand tons will be able to take the small ports of Japan.

Japanese processors have concerns about the quality of Chinese corn, which for several years was stored in warehouses. So ready to buy a Chinese grain in that case, if it is cheaper than the us. However, it is unknown if the Chinese government export subsidies to its traders.

the Increased supply from China, together with a record harvest in the United States supports the price of U.S. corn at the level of 142.22 $/ton. The price of Ukrainian corn will remain at $149-151 delivery to the port that is connected with low demand from buyers. The collapse in the logistics sector have reduced prices on the elevators up to 4000-4100 UAH/ton, as traders buy storage condition until February-March.

Add a comment to news item: China returned to an export market of corn

Add a comment to news item:
China returned to an export market of corn