The Cabinet by 20% reduced the rate of port charges 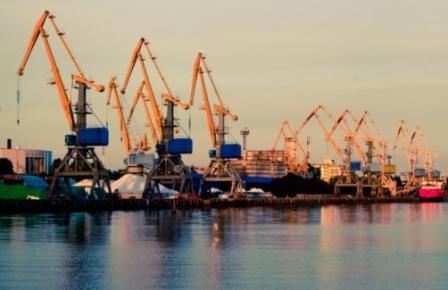 the Government of Ukraine has reduced from 75% to 50% of the rate of contributions to the state budget net profit "Administration of seaports of Ukraine" from January 1, 2018.

the Relevant decision obliges the Ministry of infrastructure, of economic development and Finance for 2 months to take measures to reduce to 20% from 01.01.2018 rates for all types of port charges.

opened under the Ministry of Infrastructure Office of reforms in October of 2017 presented the draft methodology for calculating the port charges, which was developed with support from the world Bank. It sets the rates of different port charges for 5 years subject to annual monitoring which allows viewing rates and the abolition of the anchor Assembly.

Earlier, the head of AMPU G. Veckagans said that in 2018 a large part of the company's profits will be invested in port development.

"the Cabinet Decision to decrease the rates of port charges is very relevant for business. As for ASD, which is responsible for port infrastructure, an important reduction in the rate of deductions of the company's profit to the state budget from 75 to 50%, which will allow to invest more in capital construction",- said Veckagans.

He noted that the new method gives an algorithm for computing the rates of all types of port charges, which will include basic rate, calculated based on current costs and the investment component, which will accumulate funds for development and modernization.

based On the new methodology will be introduced in the collection and targeted use of port charges.

Add a comment to news item: The Cabinet by 20% reduced the rate of port charges

Add a comment to news item:
The Cabinet by 20% reduced the rate of port charges