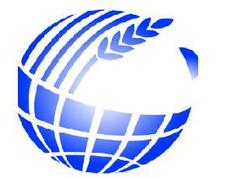 experts from the International Grains Council IGC increased its previous forecast of world grain production since 1992 million tons in 2002 million tons with higher corn crop. It is expected that corn will be harvested 969 million tone, not the tone 959 million, as predicted earlier.

Although the level of global grain production is 2% less than the record figure of last season, due to the high passing stocks, the supply is at its maximum for all history.

the Forecast global consumption increased by 2 million tons in 1986, million tons, which is still 1% less than last year's level.

the Ending stocks of the grain will be the largest in the last 29 years and will amount to 465 million tonnes, which is 4% higher than the figure recorded last season.

next season is expected to decline global production of wheat, barley and corn. However, the effect on the level of market prices are low the crop will be weakened by the presence of significant carryover stocks.

wheat Production could decline by 21 million tons. The area under wheat production will be slightly lower than this season, but the yield will be significantly lower. The area under maize will increase by 1 %, including in the USA, the CIS, Africa and South America. Barley would sow about the same as in the current season. By reducing average yield of total yield of barley will fall by 3 %.

Large carryover stocks and a good harvest will not allow grain prices to rise even to the level of August 2015, so most likely they will remain at the level of the first quarter of 2016.