Who will be able to supply wheat to Egypt? 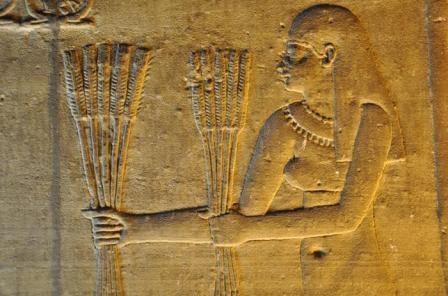 MAC  of Egypt gave an order that banned the import of wheat with a content of ergot is above 0%.

This decision was the result of the work of the special Commission of the Ministry of agriculture, which was established in July. She researched the history of wheat imports over the past 10 years and concluded that the presence of ergot is a threat to agricultural plants that are grown in Egypt. A report of FAO on the problems by the horns, does not take into account the hot climate of the country.

Chairman of the Centre of plant pathology Ashraf Khalil said that the Commission had identified 15 countries, whose grain batch periodically had a certain content of ergot. Among such countries include France, Canada, Poland, Romania, USA and Serbia. From the total quantity of wheat that was imported in the last 10 years, 2% were infected with ergot. Egypt has no plans to cease cooperation with these countries, but want to be sure that the grain is import from those regions where there are no horns.

the conclusions of the Commission are the recommendations regarding imports of wheat, mainly from those countries which have never put ergot infected grain. The list of such countries includes Ukraine, Russia, Lithuania and Latvia.

in the Days of the Quarantine service of Egypt, through the presence of ergot refused to accept the party of Romanian wheat with a volume of 7 thousand tons that was delivered to the trading company Union. There is yet not officially confirmed information that on 10 August for the same reason refused by the receiving party of the Russian wheat. However, before the final decision is still pending.

Some traders have already announced about the refusal from participation in the next tenders for the purchase of grain, which will be held the state's food importing Agency GASC

Add a comment to news item: Who will be able to supply wheat to Egypt?

Add a comment to news item:
Who will be able to supply wheat to Egypt?