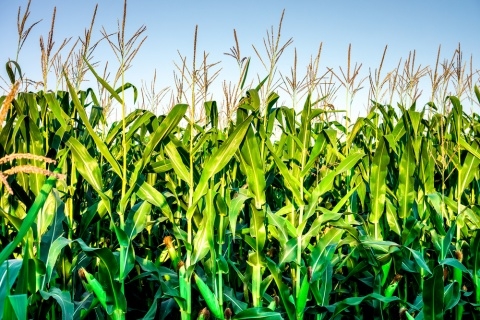 corn Prices remain under pressure from forecasts of production growth and increase carryover and possible increase of the areas of sowing of the new crop in the United States.

on the Eve of the April release of the updated balance sheets from the USDA, analysts increase their forecasts of corn production in Argentina to 46,44 million tonnes and Brazil to 94,83 million tons on average, according to surveys analytic agencies. It is also worth noting that some agencies predict a growth in production in these countries to 50 and 100 million tons of corn this season.

the corn futures for old and new crop continue to be in the "red zone" because of the factors supporting prices in the short term, not so much.

corn Exports from the U.S. for the week decreased by 17.8% to 1.03 million tonnes, which is 46.7% less than the same week a year ago. Although the rate of export since the beginning of the season, is still higher than the previous year at 4.2 million tons and comprise 30.7 million. However, do not guarantee the achievement of the forecast level of 60.3 million tons from USDA experts.

Hopes for the growth of corn exports to China continue to melt due to uncertainty in the dates of the signing of trade agreements between countries. The threat (intent and conversation) President of the trump of closing the border with Mexico, can also lead to a sharp reduction of corn exports in the direction of the largest importer of corn from the US.

the Pace of planting corn in USA reached the level of last year and reach 2%. The weather forecast for the coming week shows more altered favorable for planting of the weather that will allow farmers to sow maize at the optimum time of sowing.

the Last precipitation in Europe slightly increased moisture reserves in the soil, and reduced concern for the future crop.

corn Imports to the EU continued to decline during the recent week fell by 70% compared to the previous week, and since the beginning of the season is 18.9 million. It is worth noting that more than 60% of this volume was delivered from Ukraine.

a Slowdown in corn imports to the EU, is export shipments from Ukraine, which for the previous week decreased by 47% to 566 thousand tons.

the New export direction of Ukrainian corn was Iran, which stepped up purchases from Ukraine. And this week launched a tender for the purchase of 300 thousands ton, perhaps the Ukrainian corn will be among the winners of the tender.

Prices for Ukrainian maize remain at 160-162$/t or 5100-5150грн/t delivery port, the strengthening of the hryvnia, the hryvnia continues to reduce the purchase price.

Add a comment to news item: The corn futures fall before release of the updated USDA balance sheets

Add a comment to news item:
The corn futures fall before release of the updated USDA balance sheets