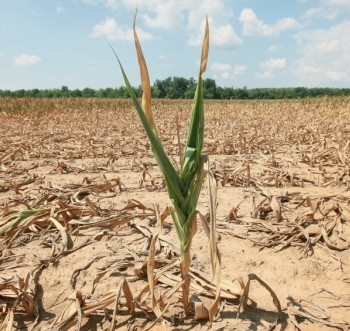 At a time when Europe is suffering from a record drought, the Asian region is suffering from the powerful showers. Floods damaged farms and crops in the region, which is the largest producer of palm oil, rice and rubber, sugar. Amid the highest in the last 60 years, rainfall in some regions of China, the water level in the largest summer system Asia - the Mekong fell to historically low levels due to prolonged droughts in India.

All of this will adversely affect yields of agricultural crops in Asian countries.

In the North the crops are experiencing moisture deficit, whereas in the South during June fell the most since 1961, the rainfall, which damaged the rice crop and increased problems with pests. According to USDA, China ranks first in world production of wheat and rice and second in production of corn.

In the country, which is the main sugar producer, the production volume will be reduced to 3-year low due to prolonged drought, leading to a decrease in exports. The lack of rainfall during the monsoon threatens oilseeds, therefore, can significantly increase the imports of vegetable oils, especially palm. At the same time Mumbai suffering from heavy rains.

In countries that are the world's largest producers of palm oil, the weather conditions during the next 3 months will determine the fate of the crop. In Java, where it hasn't rained more than 2 months, the rice production is under threat.

the most powerful in recent years, drought reduced the production of rice, rubber and cane. Power attracted planes to create artificial clouds, and cars delivers water to the affected regions.

rice Plantation and rubber in some provinces suffered from heat and drought. However, in the Central mountain regions, the majority of the coffee plantations, the largest producer of which is a country, almost did not suffer damage.

In most parts of the East coast drought plagues more than 2 years. In the West the rain will allow you to obtain the yield of wheat last year, although this will not allow the country to avoid the import of wheat. Most of the drought-affected Queensland is the main producer of beef in the country.