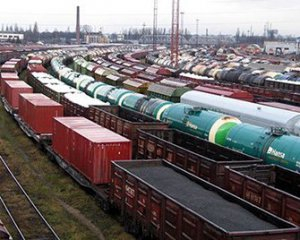 While the main export is raw materials, the Railways will remain a significant part of the economy.

the length of the paths of ULTRASONIC is 20 thousand km, which is the third biggest in Europe. In 1983-1990 every year they transported 1 billion tons of cargo, but in 2017 the traffic volume fell to 415 million tonnes.

the Situation can be corrected in the following ways:

to Raise tariffs for transportation that does not satisfy neither the exporters, nor the ordinary passengers.

Allow exporters, in particular, metallurgists and farmers, whose share in the OUSE flows is 30% and 16%, respectively, to use paths for transportation of goods, which is not like Railways.

the last Three years by a decline in transportation BONDS through the increase in tariffs demonstrated improved financial performance. In 2015-17, the total income of the company grew from 78,4 to 92 billion UAH and deductions to the budget from 11.6 to 18 billion.

OUSE lacking 400 locomotives for the carriage of 278 million tons.

Recently, the Verkhovna Rada has postponed consideration of the bill No. 7316 "On railway transport", which envisages the monopoly of the BONDS in the possession of the ways and railroads, and allows private companies to carry cargo for its locomotives. The rates would not be determined the BONDS or the Ministry of Infrastructure and the Commission for regulation of rail transport, which would be responsible for the safety, certification and security clearance of staff and locomotives. Transportation military echelons and beneficiaries must pay the government under this order.

the provisions of this bill shall be implemented within 2 years after the BP. The transportation Committee approved it in may 2018, but the vote in the Parliament it has not yet been set, so it remains an open question whether the BONDS to provide transportation of goods without permit private carriers and mainline locomotives.

Add a comment to news item: Exporters offer to leave the monopoly Ukrzaliznytsya

Add a comment to news item:
Exporters offer to leave the monopoly Ukrzaliznytsya