Long-awaited precipitation improved the condition of crops in all regions 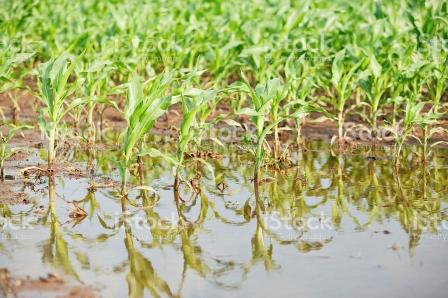 the Drought that prevailed in the US in July was the reason for the sharp rise in prices, finally changed the ideal for the development of soybeans and corn weather with moderate temperatures and sufficient rainfall.

a Recent survey showed improvement of crops, especially soybeans, after precipitation that passed last week and will continue early this week.

On the South and East of the Northern Plains rainfall will contribute to filling corn and soybeans.

In Canada, were less powerful and uneven precipitation, but meteorologists promise rains in the provinces of Alberta and Saskatchewan. This will contribute to filling canola, however, may interfere with harvest of wheat.

In most regions of Ukraine and Russia in the last two weeks have seen hot weather with little rainfall, especially in the South, intensifying risks to soybeans and corn. However, the decrease in air temperature and precipitation is promised to reduce stress to the plants. Soybean and sunflower can handle the August heat and lack of rain, so significant damage to crops caused was not.

In the North-East of China recent precipitation contribute to reproductive to filling corn and soybeans. However to maintain the crops need more powerful rainfall, as seasonal rains remain below normal. Meteorologists predict the cold weather and periodic rain in the near future.

In parts of India, where most grow cotton, peanuts and soybeans during the week was warm and dry weather. However, weekend rains that have particularly benefited crops of the province of Maharashtra. In the near future will increase precipitation in the Western Gujarati.

Powerful precipitation took place in regions of Australia that are the major producers of wheat. They will facilitate development of plants after the drought that prevailed in the beginning of the season.

Add a comment to news item: Long-awaited precipitation improved the condition of crops in all regions

Add a comment to news item:
Long-awaited precipitation improved the condition of crops in all regions