The dollar on the interbank market remains unstable 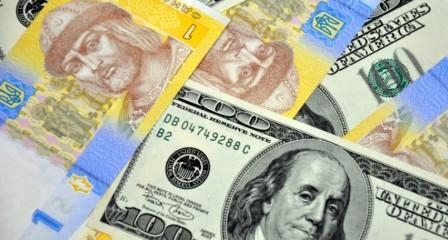 on Wednesday, the participants of the foreign exchange market no longer felt the same optimism about the prospects of the national currency, as of Tuesday. The dollar began to regain lost during the fall position.

If you started trading with declarative quotes of 26.15/26,25 UAH/$, then they ended at the level 26,35/26,42 UAH/$. Buyers of the currency did not wait further appreciation of the morning began to execute transactions for the purchase. Demand has intensified, however, the sellers did not hurry with the sale, trying to raise foreign exchange rates and they succeeded.

at Noon, it became clear that the national Bank will not enter the market. And while some of the participants still hoped for a regulator of the auction, the majority of dealers, banks began to close positions immediately after 12 hours. However, at the moment, the market already rose to the level of 26.30/26,35 UAH/$. Demand exceeded the number of proposals, so the trend on the currency intensified. The national Bank was watching the auction but did not participate.

Just Wednesday on the interbank market was concluded 559 contracts worth 334,58 million dollars at the weighted average exchange rate 26,3290 UAH/$.

Information about the selection tranche of the IMF will somewhat calm the market, however, will not be a sufficient basis for the depreciation of the dollar. The change of the hryvnia against the U.S. currency significantly affect the price of crops. After the fall of the currency prices on world grain markets, the depreciation of the hryvnia reduces the activity of the sellers of grain, which leads to a reduction in receipts of foreign exchange.

Add a comment to news item: The dollar on the interbank market remains unstable

Add a comment to news item:
The dollar on the interbank market remains unstable