The dollar on the interbank market increased significantly 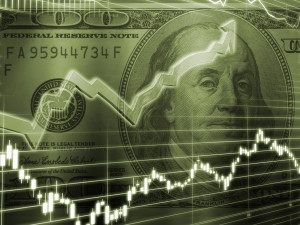 in trading On the interbank foreign exchange market on Wednesday, significantly went up a dollar. For almost the entire trading session demand for currency exceeded the volume of proposals. The main reason for the skewed balance was the mitigation of the national Bank restrictions in terms of reducing the hold period for ruble-denominated funds in Bank accounts to buy foreign currency. Today, all buyers of the currency acted on the new rules, however, sellers in the market was not enough.

Despite the significant growth in demand, which the NBU know the day before, the evening after receiving applications for today's purchase of foreign currency, the regulator decided not to enter the market, even more than has whetted the appetite of sellers of a single currency. Apparently, the national Bank decided to test the market behavior in a similar situation and understand the greatest level of growth rate. As a result, the dollar rose 17 cents at purchase, and 23 pennies in the sale.

Situational bias in favor of the demand for currency, which is now formed on the market in the next few days should be reduced, because the maximum surge in the number of purchase requisitions (in fact, pent-up demand) currency under the new rules of the national Bank was observed yesterday. If in political circles will not go through another upheaval, and the negotiations with IMF will be successfully – UAH fairly quickly be able to catch up positions.

trend of trading on may 11 – a gradual increase in the volume of transactions, the national Bank's refusal from participation in the auction, the tangible situational appreciation of the dollar from 25.14/25,20 to the level 25,31/25,37 before the end of the trading session.

Add a comment to news item: The dollar on the interbank market increased significantly

Add a comment to news item:
The dollar on the interbank market increased significantly