The dollar on the interbank market is approaching a 27.5 UAH/$ 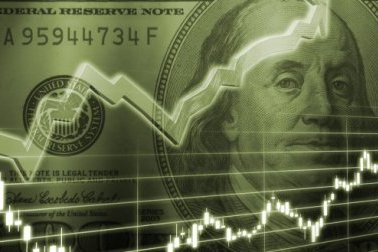 during yesterday's interbank trading, the dollar rose with the morning 27,265/27,285 of 27.43 UAH/UAH of 27.46. The national Bank did not conduct an auction to sell foreign currency than allowed rate to achieve the maximum level.

on Monday, the regulator via the "request course" bought $ 2 million and kept the hryvnia at the level of 27.10 UAH/$. On Tuesday, despite the rise in the dollar interbank market did not come out. On Wednesday through the "request rate" has sold 14 million $, but it did not change the trend, and the currency continued to appreciate. On Thursday, the national Bank once again refused to hold the auction than even more increased the panic in the market.

Within 3 days the banking system has expanded to 24 billion UAH, in particular:

returned to the banks funds on Deposit certificates of the national Bank,

three banks received in the recent tender for the refinancing of 4.6 billion UAH.

Importers do not understand how in the future will behave in a course and trying to quickly close the contracts. Most exporters are holding the currency, implementing only the required 50%. Speculators and owners of exchange offices actively "playing to improve".

Obviously, the NBU has not yet decided on the tactics for further action and only puts out situational fires. He will save the gold reserves and ignore the minor exchange rate fluctuations, supporting the hryvnia to the level of 27.10 UAH/$ and remains stable in the reserves.

In a situation with uncertainty tranche with the IMF, the absence of the Chairman of the NBU, problems with the budget calculations it is better to hold the currency, which is becoming increasingly scarce.

Add a comment to news item: The dollar on the interbank market is approaching a 27.5 UAH/$

Add a comment to news item:
The dollar on the interbank market is approaching a 27.5 UAH/$