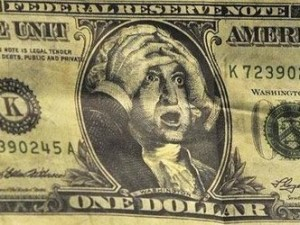 Currency purchase prices for grain in Ukraine growing in the world. However, due to the devaluation of the national currency hryvnia prices increased further by 2-3%.

Experts expect stabilization of the hryvnia in summer at the level of 26.5 UAH/$ by increasing foreign exchange earnings from farmers and a gradual fall since the beginning of autumn, due to rising demand from importers and the need for Ukraine to pay foreign debts.

However, the dollar began to rise now due to the economic policies of the government, for example, increase salaries and pensions by 37% against the background of economic growth only by 2.2%, increasing the trade deficit and the deficit of the pension Fund, reducing balances in the accounts of the state Treasury on August 1 to 1.99 billion, which corresponds to the level of January 2014.

the demand for currency associated with significant VAT payments, the withdrawal of overseas funds paid by the Treasury after repayment of government bonds, the movement of speculative capital to more stable exchanges in the US and the EU, where you can make good money on the difference in rates.

despite the daily sales by the national Bank of 20-30 million dollars to support the hryvnia yesterday, the close rate dropped to a new psychological mark, which indicates the imbalance of the foreign exchange market and the inability of the regulator to control the situation, having a large Arsenal of tools – from auctions and non-public interventions to not market methods.

yesterday, the national Bank changed the format of the information on the foreign exchange market. Now at 12:30 will be announced reference rate as of 12:00 and 16:00 – official exchange rate, which 2 Aug set at 26,962130 UAH/$. The data on Valkla will not be available.

Add a comment to news item: The devaluation of the hryvnia compounded by the growth of grain prices

Add a comment to news item:
The devaluation of the hryvnia compounded by the growth of grain prices