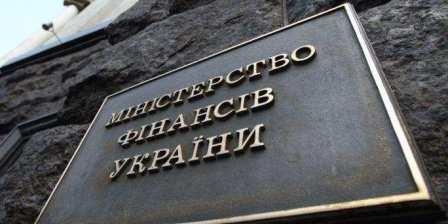 the state budget Debt on VAT refunds to enterprises amounts to UAH 16 billion, but the government promises in 2017 of automatic compensation.

"the State now owes the domestic business more than 16 billion UAH of VAT, however, while the government is considering several options for the repayment of the debt," he told reporters at a briefing on 26 October, the Minister of Finance A. danyluk.

He stressed that the President of Ukraine, the government was tasked to fully settle with the companies on the reimbursement of VAT. Among the repayment options the government is considering using money from SpecOps assets of the former President. Yanukovych, the issue of special bonds, as well as direct contributions from the budget.

In the framework of the tax reform, taxpayers who apply for an automatic VAT refund are exempt from the requirement of compulsory provision of information-the conclusion of the State fiscal service.

"Now, VAT will return automatically, not kvashveti as it was before. We will need to provide information from the DFS, as it has always been corruption in the Department. Now it is proposed that DFS kept a register of payers and corresponding database, as it has the necessary information and reporting. However, the full administration, control over the refund policy and transparency in this process will be provided by the Ministry of Finance of the country", - said A. danyluk.

Recall that in the budget 2017 provided the closure of special regime of taxation of agricultural producers.

Add a comment to news item: The state owes to business the 16 billion UAH of the VAT

Add a comment to news item:
The state owes to business the 16 billion UAH of the VAT