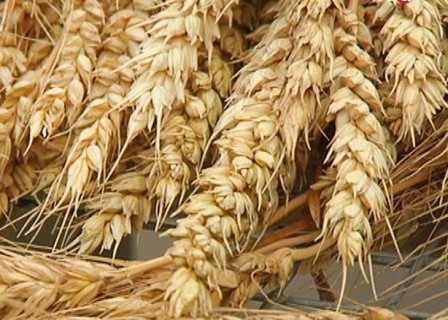 Yesterday the stock price of wheat showed a slight increase despite the low trading activity.

the Partial government shutdown the United States prevented the release of weekly reports on export of grain from the United States, and may delay the monthly balance USDA grain and oil, to be published January 11.

the prices of us wheat increased slightly with the support of the neighboring soybean market.

This price increase is mostly speculative and driven by the hope to enhance sales of wheat from the US and Europe as a result of long weekend in Russia and Ukraine, which will lead to slower export shipments.

During the last week Ukraine exported 407 tonnes of wheat, and Russia – 1.2 million tonnes, far exceeding expert expectations. Since the beginning of the season Russia exported 23.8 million tons of wheat, which is 15% higher compared to the corresponding period last year. Once the export shipments will exceed 25 million tons, the Russian government plans to revise the balance sheet balances and forecasts of exports before the end of Mr.

this season, agreed with the Ministry of agrarian policy of 16 million tons Ukraine has already exported 10.5 million tons of wheat, which is 7% lower than the level last MG.

Many countries have declared January a tender for the procurement of wheat. So, January 8 trades will hold Bangladesh, January 9 – Jordan and Taiwan, January 10 – Morocco, besides, 400 thousand tons of wheat is planning to buy a Ethiopia.

the increased demand for wheat from buyers warms markets that in the short term will lead to a slight increase in prices. However, good conditions for overwintering of winter crops that prevail in most exporting countries, will put pressure on prices of the new harvest.