The stock price of wheat is stable 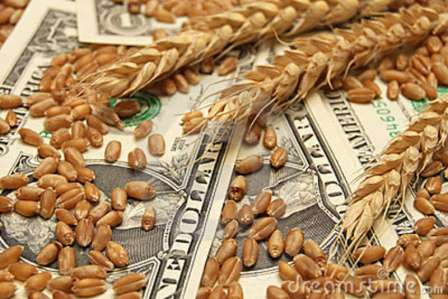 After celebrating Thanksgiving, the U.S. markets on Friday was malaktivigi, therefore, the main trading took place in Europe.

Traders were disappointed with the results of the tender in Tunisia, where the purchase price compared to the October auction dropped 2.3 $/t. adding to the concern falling prices for oil and metals, as well as problems with the signing of Brexit.

Prices are unable to maintain even the news of the shipment of a second vessel of wheat in China, which has stepped up the purchase of French wheat after the deterioration of relations with Australia, and previously refused to import American wheat, although its imports in 2017 was only 600 thousand tons of the total imports of 4 million tons.

the Chicago stock Exchange finished Friday's session by growth thanks to the victory of U.S. wheat tender in Egypt.

the December wheat futures on US exchanges rose:

the Forecast of wheat production in Argentina, experts Grain exchange Rosario BCR reduced to 18.7 million tons and experts of the stock exchange of Buenos Ares – to 19.2 million tons Through the heavy rainfall during harvest has deteriorated significantly the quality of the wheat.

concern about the possible restriction of export of wheat from Azov to the ports of Ukraine and Russia due to the blocking of the Strait of Kerch and the delay of the Ukrainian courts may lead to higher stock exchange quotations for wheat.

Add a comment to news item: The stock price of wheat is stable

Add a comment to news item:
The stock price of wheat is stable