The March WASDE report increased the pressure on corn prices 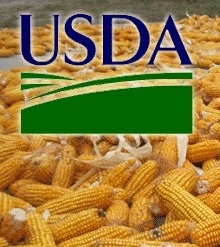 the Promulgation of the "bear" balance WASDE for corn, especially amid increasing exports from South America, has limited the recovery in prices in the grain following the growth of oil prices.

several Experts WASDE raised its forecast for global production and ending stocks of corn in 2019/20 Mr, although analysts do not expect significant changes in the balance.

For Argentina and Brazil, the balances of corn left unchanged.

the Fall of the ruble against the dollar will increase the competitiveness of Russian grain, resulting in forecasts of exports to Russia can reconsider.

the Balance of corn for China, compared to the February report, the experts WASDE left unchanged and even reduced the forecast of consumption in connection with the epidemic coronavirus and a slowdown in the economy.

the corn Futures in Chicago yesterday resumed by a further 0.4% to 148,4 $/t, however, the increase in the export forecast from Ukraine and supply of newly harvested corn from Argentina reduce the export potential of U.S. corn, which increases pressure on prices.

Active corn planting the second crop in Brazil, and then in the United States, will lead to a further decline in prices, especially for corn new crop.

In Ukraine, purchasing prices for maize are gradually reduced and for deliveries to the port in March and April has fallen to 163-164 $/t. However, producers expect prices to recover to 170-175 $/t, so keep selling, in which traders are unable to meet the demand from exporters.

Add a comment to news item: The March WASDE report increased the pressure on corn prices

Add a comment to news item:
The March WASDE report increased the pressure on corn prices