The MARS Agency predicts an increase in grain yield in EU 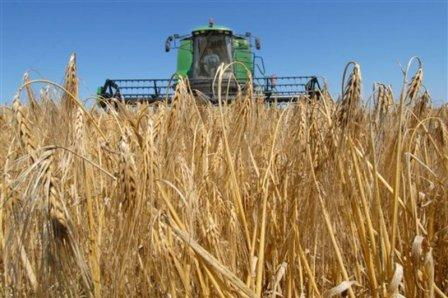 Improved weather in Europe contributes to the restoration of crops, although moisture reserves remain low, - reported in the monthly report of the Commission on plant monitoring of the European Commission MARS.

during the month in most regions of Central and Eastern Europe was dominated by above normal temperatures, and some areas of Eastern Europe suffered from a lack of rainfall, which stopped the development of plants and sometimes damaged the crops.

In Northern Germany, the Czech Republic, Slovakia and Hungary warm weather has accelerated the development of biomass, which has increased the need of crops in water, whereas its reserves were inadequate.

as a result, compared with the March report, the Commission reduced the estimate of yield of soft wheat in the EU at 0.6% and winter barley by 0.5%.

Warming at the end of April helped to accelerate the pace of planting corn and leave on annual averages. Compared with the March report, the European Commission has lowered the average corn yield to 7.64 t/ha, which is still 4.8% higher than the average 5-year average.

Add a comment to news item: The MARS Agency predicts an increase in grain yield in EU

Add a comment to news item:
The MARS Agency predicts an increase in grain yield in EU