In 2016, the volume of soybean processing in Ukraine increased, and canola – decreased 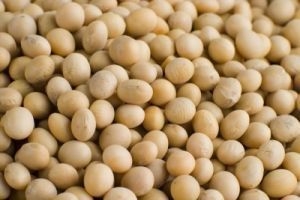 At the Ukrainian enterprises engaged in the storage and processing of agricultural products (excluding those who are on the temporarily occupied territories of Crimea and ORDO) as 01.11.16 soybean stocks compared to the same period last year increased by 56.2% to 1201,5 thousand tons, and the stocks of rapeseed on the contrary decreased by 40.6% to 186,6 kt.

During January-October 2016 at the elevators did 1,341 million tonnes of rapeseed, which is 44,9% less than last year. Of the volume was purchased 151,9 thousand tons at an average price 8797 UAH/ton, or 25.3% higher than last year, and processed 118.6 thousand tons, which is by 36.7% less than in the previous season. The greatest amount of processing is recorded at the enterprises in Vinnytsia, Mykolaiv, Ternopil, Chernihiv, Volyn and Kirovograd regions. A large part of the rapeseed is exported through the ports.

Add a comment to news item: In 2016, the volume of soybean processing in Ukraine increased, and canola – decreased

Add a comment to news item:
In 2016, the volume of soybean processing in Ukraine increased, and canola – decreased