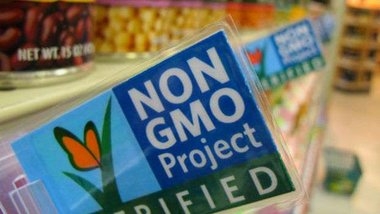 In the USA was presented the official report of the Board of the National Academy of Sciences, technology and medicine, United States, which proves the safety and benefits of genetically modified organisms, according to The Science Alert.

the Commission was unable to find any evidence of GMO harm to human health. In addition, the negative impact was not observed and the environment: genetically modified organisms does not violate the biodiversity, and in some cases even contributed to the diversity of insect species.
the Transfer of modified genes to wild plants also was not found to be something dangerous. Although such cases are not rejected, they do not lead to any significant effects.
this study does not identify significant economic, effects for farmers. Although GM and make a large income from agriculture, their use is associated with necessity of additional training costs and infrastructure, which may neutralize the benefit.
Also highlights that the border between the varieties obtained through traditional breeding techniques and through genetic modification, it becomes vague as they are crossing, which may require changes to the labelling standards and the security check.
Although the 420-page report was published by the National Academy of Sciences, technology and medicine United States, in its preparation also involved the Committee with genetically modified crops, Board on agriculture and natural resources and Department for the study of Earth and life.
For its preparation, a group of researchers had to study more than 900 scientific publications over the last three decades, as well as to read the public's comments and to conduct a lot of meetings with experts.
Source: http://ua.korrespondent.net/tech/science/
Visitors’ comments (0):

Add a comment to news item: In the United States presented a report on the safety of GMOs

Add a comment to news item:
In the United States presented a report on the safety of GMOs