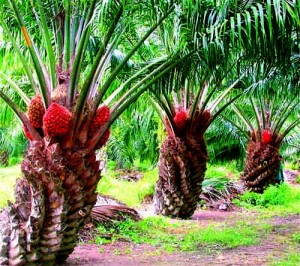 unemployment puts downward pressure on palm oil on the stock exchange in Kuala Lumpur rose to a maximum of the last five months, 2771 rggt/t or 660 $/t Despite forecasts of record production in Malaysia, which is the second world producer of palm oil, prices are rising after soybean oil. Traders expected a further increase in production in 2017, so the continued speculative buying.

According to the official report LRAS, due to favorable weather conditions, which significantly increased oil content of oil palms in 2017 Malaysia to increase palm oil production by 15.5% to 20 million tonnes, which will exceed last year's figure 17,23 million tonnes and a record level 2015 19.95 million tons.

High oil content of oil palm trees, Malaysia will allow you to get during the second half of this year 10,17 mln t of palm oil. Seasonal peak production occurs in September, and in November – December it gradually decreases.

oil Exports from Malaysia this year will rise to 18 million tons against last year's 16,05 million tonnes, a Weakening of the national currency against the U.S. dollar by 4.4% will be the main driving force of trade.

Since September, the markets will do soy and sunflower oil of the new harvest, which is projected at the level of last year. Competition between palm and soybean oil, the price difference that has reached 100 $/t, will be even greater. Sunflower oil is trading at 770-800 $/ton, therefore, importers prefer cheaper palm oil, further increasing the demand for it.

China is the biggest buyer of palm oil, this week should publish monthly statistical balance of imports, and the U.S. Department of Commerce should provide information on the importation of biodiesel from Argentina and Indonesia, which could significantly affect the value of vegetable oils on world markets.

Add a comment to news item: Trends in world prices for vegetable oil

Add a comment to news item:
Trends in world prices for vegetable oil