The price of soybeans to fall, despite the decrease in forecast production 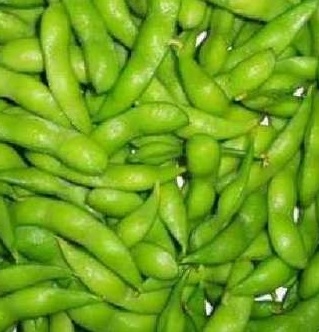 on Monday, soybean futures in Chicago fell to 3-week low 333,8 $/t, while after the publication of USDA report on Friday, they were slightly more expensive.

the Cause of the fall of prices was the escalating tension between the US and China in the South China sea caused by the appearance of an American destroyer in the Taiwan Strait on 25 January and yesterday's incursion by a Chinese patrol boats into the territorial waters of Japan. The foreign Ministry of China expressed dissatisfaction with the "series of stunt USA".

in addition, through deferred to the March 1 meeting of the presidents of the United States and China can engage in the action of the new import duties on Chinese goods.

the Price of soybeans remain under pressure from low demand from China, where still celebrating the New year, and the devaluation of the Brazilian real, which will increase the export of soybeans from Brazil, as earlier, the farmers held back sales in anticipation of rising prices amid the drought reduced yield.

the Agency AgRural lowered its estimates of soybean production in Brazil by 4.4 million tons to 112.5 million tons, which is far less than the USDA predicted in February 117 million tonnes, although the soybeans collected from 26% of the area versus 12% on average. The forecast reduction in soybean exports to China from 90 to 88 million tonnes is also contrary to the statements of Chinese officials, who appreciate the import of soybean high at 86 million tons.

However, in the new season of the sowing area of soybeans can be significantly reduced because of low prices and uncertainty over exports to China.

Global prices for soybeans remain under pressure of the political situation, which affects trade and production.

Add a comment to news item: The price of soybeans to fall, despite the decrease in forecast production

Add a comment to news item:
The price of soybeans to fall, despite the decrease in forecast production