Sunflower prices decline after the price of oil 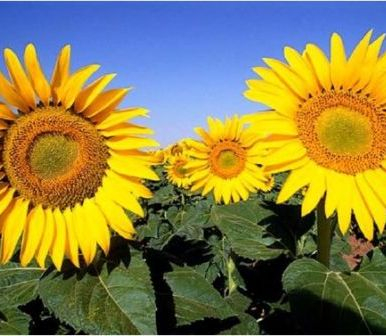 the Purchase price of sunflower in Ukraine continue to decline amid falling prices for oil and increased supplies from the new harvest.

Dry and warm weather accelerating the sunflower harvest in Ukraine. As of 18 September with 2.2 million hectares (36% of area), harvested 4.7 million tons of sunflower seed with the average yield of 2,13 t/ha, while in 2017 this date was threshed 42% of the area, and the yield was 1.85 t/ha. Yield of sunflower in Central and Western Ukraine is higher than last year, so the gross yield could reach 14-14. 5 million,T.

the Growth of sunflower production is not worried about the processors and the power which enable it to handle every year 20-21 million tons of the oilseed. But the sharp decline in prices for sunflower oil following the drop in world prices for soybean and palm oil inhibits the purchase of sunflower, even at low prices.

After a short growth of prices for sunflower oil in early September to 695 $/t FOB – Black sea ports, the price of oil began to decline rapidly and dropped to the level of 670-680 $/MT FOB for deliveries in October and 660-665 $/t FOB for shipments in November-December.

the Main reason for the fall in the price of sunflower oil is the rapid decline in prices of soybeans and soybean oil in the U.S. market under the pressure of record soybean crop and China's refusal to buy U.S. soybeans caused by trade disputes and the introduction of reciprocal import duties. Through this in Chicago soybean prices fell to 298 $/ton, and oil - up to 601 USD/t, which is at least the last 10 years.

Futures on palm oil in Malaysia for three days lost 3% and fell to 2-month low - 521$/MT on expectations of growth in palm oil production and lower prices for soybean oil in the United States.

the sunflower Harvest in Russia only began, and on September 19 of 781 thousand ha (9.8% of areas) and produced 1.5 million tons with productivity of 1.93 t/ha sunflower Yield in Russia is that the 2.8 t/ha below last year, as the crops in the Central Federal district suffered from drought. However, the increase in acreage will compensate for the loss of productivity, making the gross yield will amount to 11 million tonnes, will correspond to the level of last year. In 2017, the export of sunflower oil from Russia reached 2.2 million tons and created serious competition to the Ukrainian oil.

Add a comment to news item: Sunflower prices decline after the price of oil

Add a comment to news item:
Sunflower prices decline after the price of oil