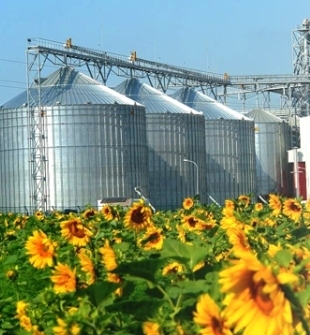 Caused by the demand on the world markets, the growth of prices for vegetable oil and then the soy and sunflower, fails because the pressure of fundamental factors on the vegetable oil markets is enhanced.

Introduced by India which is the world's largest importer of vegetable oils, a rigid quarantine for a period of 21 days, for the first time in the last several decades, significantly reduce the demand for vegetable oils, particularly sunflower. Domestic consumption of vegetable oils will decrease by about 25% compared to monthly rate of 1.9 million tonnes, as the country closed all catering establishments that use palm oil.

Brazil at a record pace collects soybean and already threshed 76% of the area. Assessment Agrural, soybean production exceeds 125 million and will increase competition in the global market, which is now suffering from falling demand for products due to introduced in most countries of the world quarantines. After the devaluation of the real export price of soybeans fell to 340-345 $/t FOB.

the Decline in oil prices up to 20-25 $per bbl will reduce significantly the demand for palm, soy and rapeseed oil from the biofuels industry. The released amounts will be used by consumers of food that the decline in global demand collapses prices.

In Ukraine, despite the fall in vegetable oil price the purchase price of sunflower and soybeans increased due to depreciation of the hryvnia. Manufacturers were actively selling first volume, but then, fearing further devaluation of the hryvnia, decided to limit sales, which has led to increased prices for soybeans and wheat to a level where small and medium-sized processors have to stop businesses amid falling export prices for oil and the refining margins. Large processing companies provided raw materials to the end of the season, and sold oil at high prices, allowing them to compete with small producers, increasing the purchase price.

Parliament's Adoption of laws necessary for assistance from the IMF will help stabilize the hryvnia rate at the level of 27-27,5 UAH/t in connection with the reduction of imports of goods amid robust exports of agricultural products.

the Production of soybean oil in Ukraine in January-February 2020 decreased compared to the corresponding period in 2019 4.6% to 50.8 thousand tons In February it amounted to 20.3 thousand tons, which is 27.5% lower than in February 2019.

Recall that the production of sunflower unrefined oil in January-February 2020 rose compared to the same period of 2019 15.7% to 1.1 million tons.

Add a comment to news item: The price of sunflower and soybean in Ukraine in the near future may be reduced

Add a comment to news item:
The price of sunflower and soybean in Ukraine in the near future may be reduced