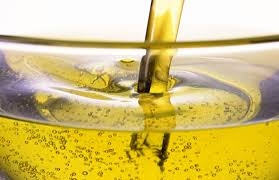 Yesterday, the price of vegetable oil, speculative growth which continues lately, got new factors. Against this background, palm oil has risen to a 13-year high, and soybean oil – to 8-year-old.

After the approval by Congress of a support package 1.9 trillion $ stocks higher at 1-2,5%, and oil prices by 1.8-2%, which strengthened speculations in the commodity markets.

behind oil prices and data on the reduction of palm oil stocks in February, the futures of palm oil on the stock exchange in Malaysia yesterday rose by 2.2% to 4060 ringgit/t or 989 $/t for the first time since 2008 crossed the 4,000 ringgit/t

however, the market has not yet responded to the new data on the reduction of palm oil exports from Malaysia for 10 days of March compared to the same period of February 22% and increased production by 15%. So soon we can expect a sharp decline in prices for palm oil, as in recent months, a trend has emerged of the growth of quotations in the next two weeks 8-10%, and their subsequent decline to previous levels.

against the background of rising oil prices and palm oil, as well as forecasts for the reduction of soybean crop in Argentina, on the stock exchange in Chicago yesterday quotes for soybean oil rose 2% to 1208 $/ton, while soybean meal was down 0.5% to 444,4 $/t

Experts exchange Buenos Aires (BAGE) yesterday lowered the forecast of soybean crop in Argentina by 2 million tonnes to 44 million tonnes, whereas in the March report, the USDA estimated at 47.5 million tons.

Reduced demand for soybean and sunflower meal from the Chinese livestock producers amid falling prices for pork and new outbreaks of ASF increases pressure on the prices of soybeans and oil.

experts from the National Association of grain exporters Brazil (Anec) has increased the forecast of soybean exports in March from 13.79 to 15.5 million tonnes, which will continue to lower the price of the soybean complex in China, since the soybeans were purchased back in the summer at low prices.

bid Prices for Ukrainian sunflower oil remain at 1650-1700 $/t FOB, but consumer demand is minimal, whereas the decline in the prices of sunflower meal in 310-325 $/MT FOB intensified trade.

After the rapid growth of prices in the markets stopped because of lower demand, so now all expect a recovery in demand from China. However, it may decrease amid falling prices for meat and restoring the active supply of new crop soybeans from Brazil, especially given the drop in the price of wheat and corn.

Add a comment to news item: Prices for soybean and palm oil update records on the background of reduction of the forecast of soybean crop in Argentina

Add a comment to news item:
Prices for soybean and palm oil update records on the background of reduction of the forecast of soybean crop in Argentina