Corn prices in Ukraine are growing with a reduction in sentences 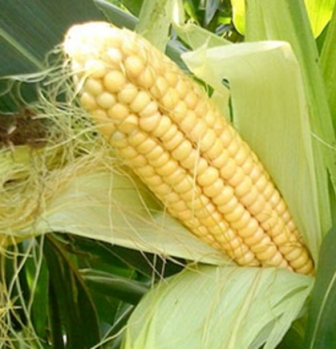 Due to the record corn harvest in the current season, Ukraine is actively exporting it to world markets.

the Increase in exports contributed to a forward sale of grain with high prices and a shortage of storage tanks for storage of grain, which farmers actively exported corn to the port, despite the decline in prices to $150/t

However, with the New year approaching the logistic problems in the ports increase, as traders try to accumulate as large amounts of corn before the holidays, when traditionally the rate of grain deliveries to ports are reduced. As a result, the purchase prices at the port of corn with fast delivery or for delivery in January-February are growing.

Even a slight increase in prices traders perceived as the beginning of last year's trends when mid-January corn at the port went up from 150 to 170 $/t. Now the majority of farmers postponed the sale at the end of January and February.

Global demand for corn remains low, as evidenced by the corn futures in Chicago. During December they were trading at 151 $/t, and yesterday dropped to 150,07 $/t due to a collapse in oil prices since the beginning of the week by 10%. High demand for corn in the United States from manolovo industry amid strong export sales supported prices.

According to the EIA report on production and stocks of ethanol, the United States supports a stable daily production of ethanol at the level of 1,046 million barrels, which is daily processed 400 thousand tons of corn. However, since October, ethanol stocks began to rise, and in the last week increased by 983 thousand barrels per 23,873 million barrels, despite the recent stoppage of some factories due to the decline of the refining margins.

black sea Market of maize activates buying South Korean refiner KOCOPIA party presumably corn black sea origin for the price of 212 $/t CFR, for 5-6 $/t higher than the price of the previous tenders, with the condition of a bearing in March.

Increased competition between Ukraine and USA in the Asian market after sales declined in countries of southern Africa and South America. Corn exports from the United States remains high, and during the week, according to traders who can reach 1.8-2 million tonnes, which will support prices.

Add a comment to news item: Corn prices in Ukraine are growing with a reduction in sentences

Add a comment to news item:
Corn prices in Ukraine are growing with a reduction in sentences