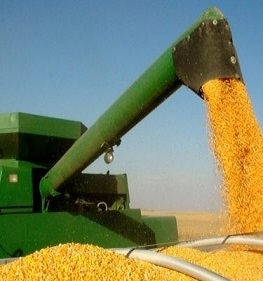 Exchange USA have begun week growth with the abolition of China's import duties on American goods 696 (in particular, soy, corn, wheat, sorghum, DDGS and pork) in the first stage of a commercial transaction, has gained strength this week.

since March 2, the Chinese authorities will begin accepting applications from companies wishing to purchase any of the listed products. After approval of applications by the government will come into force, exemption from import tariffs. Thus, agolocals in the tariff Commission under the state Council of the PRC, companies must ensure compliance with market and commercial principles in the procurement of goods in the United States.

This means that the tariffs on U.S. soybeans will be consistent with the tariffs on Brazilian soy, which is taxed at 3% instead of 30.5%, which now operates for soybeans from the United States.

Prices supported by active exports of corn from the United States, which for the week amounted to 795 thousand tonnes, which corresponds to the top level of the expert expectations. While from the West coast to Japan and South Korea were sent to 228 thousand tons, which is the highest since July 12, 2019, volume, dandajena from the second export center of the United States.

News about the purchase of the largest South Korean manufacturers of feed Major Feedmill Group (MFG) and Nonghyup Feed Inc (optional origin) 250 thousand MT of corn for delivery in June at a price of 211,79-215 $/MT C&F is not too supported the market, since the contracts provide for cancellation of delivery in case of poor grain quality, that comes from the Pacific coast of the United States, in particular the high content of broken grains and impurities.

This purchase confirms the decline in maize prices, given that the last time corn for delivery in March-April South Korea bought for 215 $/MT C&F.

In Ukraine, the demand for corn from traders remains low, as most of the ports stopped receiving grain through the congestion of port elevators. Export demand prices remain at 178-179 $/MT FOB for April shipments to China. Buyers expect further price declines against the backdrop of revival of us exports of corn to China after the abolition of fees.

Ukrainian traders expect to close the demand for corn in the EU in March-April, however, an active export sales of Argentine farmers a new crop can significantly reduce corn prices in the EU.