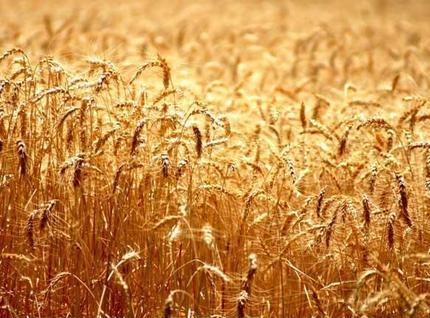 Global prices of wheat are rising because of uncertainty with grain export from Russia, Kazakhstan and Ukraine, where due to the rapid increase in domestic prices plan to restrict wheat exports.

Collapse rate of the national currency in Russia is 23% in Kazakhstan, 18% in Ukraine, 14% in the past month has led to a rapid increase in domestic procurement prices for wheat, though export prices during this period declined by 10%.

on March 22, Kazakhstan banned the export of wheat flour, sunflower seeds and oil but did not restrict wheat exports, leaving processors with no raw materials and profits.

In Russia the sled to stabilize the grain market suggested that during the period from April 1 to July 1 to introduce quotas on the export of wheat, rye, barley and corn in the amount of 7 million tons and to start selling grain from the state Fund. For the first half of 2019/20 MG the country has exported 25.2 million tonnes of these crops, which account for 99.4% of total grain exports (25.4 million tonnes). At the same time in the Ministry of agriculture of the Russian Federation are preparing for the commodity interventions from the State Fund, where as 20.03.2020 kept 1,751 million tons of grain worth 17,7125 billion rubles.

expert Opinions on limitations of the export went. Some do not see the need for this, especially given the increase of grain harvest in the current season compared to 2018 to 121,2 125,3 million tons in addition, export restrictions will not affect supply to the countries of the EEU to go to the main volumes of grain, even in the form of re-export.

Others believe that the quota of 7 million tons will not significantly affect the grain market because approximately corresponds to the export potential of the country, but will help to stabilize world prices. However, despite the possible reduction of prices on FOB, internal purchase prices can be high in case of weak exchange rate.

the Share of wheat in the specified quota may reach 5 million tons, whereas now, estimates of Rusagrotrans, the country exported slightly more than 33 million tons of wheat. Grain exports to the EAEU countries, in particular Kazakhstan, for the year could reach 1.4 million tonnes, and traditional supplies to Belarus and Armenia – 750 thousand tons.